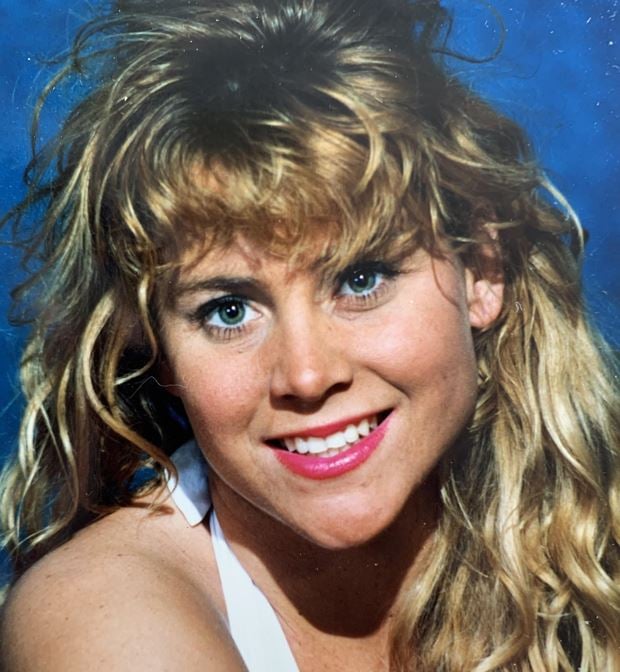 Kelly Reed Pittman (formerly: Kelly Siebold, Kelly Shepard) aged 50 years, was found to have passed-away in her place of residence in Zephyrhills, FL on (or around) July the 2nd, 2021, after losing a nearly three decade-long on and off battle with addiction.  She is survived by Captain Alan Ralph Pittman (Father) of Seminole, FL ; Jeffrey Hunter Pittman (Brother) of Murfreesboro TN; Kaulen Jacob Siebold (Son) of Greenbriar, TN; Kyle David Shepard (Son) of Franklin, TN; Kayleigh Belle McCraw (Daughter), 4 grandchildren, and Michael Holding (Partner) of Zephyrhills, FL with whom she most recently resided.  She is preceded in death by Apryl Diane Lukan (Mother, b. 1946 – d. 2021).

Kelly Reed Pittman was born on July 27, 1970 in Memphis, TN, the first child of Apryl Diane Pittman (Lukan) and Captain Alan Ralph Pittman (USNA, USN, USNR, Ret).  Early life growing up the daughter of a Naval Aviator & Airline Pilot meant many moves all over the country including Tennessee, Florida, Texas, Hawaii, California, Virginia, Colorado, and Iowa where she graduated High School from Davenport West, class of 1988.  Shortly thereafter, she left the pursuit of studying journalism at the University of Missouri (Aug 1988 -Jan 1989) for the call of her life-long passion: Singing.  Kelly would jump at any chance she could to sing semi-professionally with short runs as back-up, or lead, singer in a variety of bands over the years.  Kelly’s professional life was often like many others with a music-based dream:  supporting herself & family and making it as a “Singer / Any Job” and attempting to immerse herself in the music scene.

Kelly was mother to three children.  Her first born, Kaulen Jacob Siebold of Greenbrier, TN from her first marriage to David Joseph Siebold of Milwaukee, WI in 1991.  Her second marriage to David Shepard of Fairview, TN from 1994 – 1998 which brought to bear her second son, Kyle David Shepard currently residing in Franklin, TN.  A relationship with Andrew McCraw of Memphis, TN brought Kelly her daughter, Kayleigh Belle McCraw, whom resides with her paternal, adoptive aunt Rachel (& Allen) Merkle of Milton, FL as of 2017 due to complications surrounding Kelly’s on-going battle with addiction.

Singing was Kelly’s greatest passion over the years, and her greatest gift to share with others whenever given the opportunity while healthy.  We, her family, pray that her oft wandering soul is finally at a repentant, and peaceful rest with the only One who can truly heal her.  The family is asking in lieu of memorial flowers to please make a donation on her behalf to:  The Spring of Tampa Bay:  https://thespring.org/donate/

A memorial service will be held in Nashville, TN. Date: TBD. Reach out to her brother Jeff for details or to be notified when a date has been finalized:  10acjeff@gmail.com.

“/I Know Your Life on Earth was Troubled/

/And only you could know the pain/

/You weren’t afraid to face the devil/

/You’re no stranger to the rain/

/Wish I could see those angels faces/

/When they hear your voice sing/

/Go Rest High on that Mountain/

/Daughter, your work on earth is done/

/Love for the Father & The Son/” – Adapted Lyrics from “Go Rest High On That Mountain” by V. Gill.