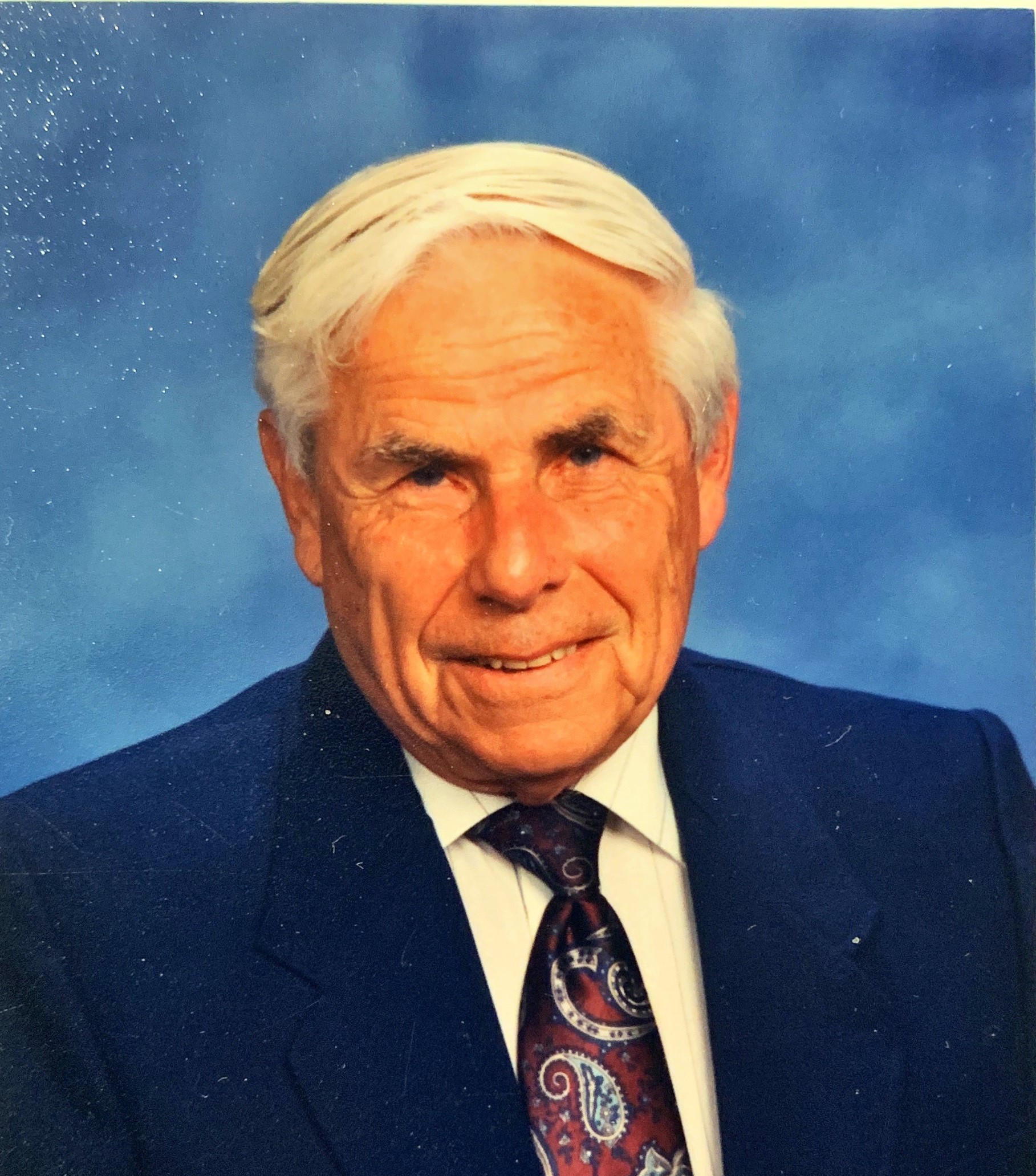 William Patrick Nave (Pat), 94, died peacefully at home in New Port Richey, Florida on September 30, 2019.  Pat was born in Grand Rapids, MI on March 17, 1925 to Leila Houser and William E. Nave.  Raised on his parent’s dairy farm, Pat attended a one room school house in Lakeview until age 18 when he left the farm to begin his career with the Army Air Corp which would later become the US Air Force.

As a young man, Pat was keenly observant and intellectually curious.  He moved quickly up the Air Force ranks after his initial stint as an Aviation Cadet.  At 19, he made his first solo flight as a Fighter Pilot and became an officer. Pat performed airplane acrobatics ( “snap roll” in a BT-13) and was honored to fly the P47 War Hawk and P51 Mustang.  In later years, Pat was stationed at Nagoya Japan, Mitchell AFB, Evereux France, Biloxi Mississippi and Travis AFB California.  Pat met his late wife Rosalyn (“Chick”) Herzberg in 1954 while stationed at Mitchell AFB in NY (Chick predeceased him in 1994).

After retiring from the Air Force in 1968, Pat and Chick settled in Fishkill, NY to raise their family. Pat had a second career as a Blue Cross Blue Shield Representative until he retired in 1992.  Pat moved to New Port Richey, Florida in 1999 where he met Mitzi Holcomb.  Pat and Mitzi enjoyed each other’s company and their New Port Richey home until Mitzi’s death in 2004.

Patrick was grateful to spend his golden years in Florida.  He loved the warm weather, his house and tinkering in the yard.  He enjoyed riding his bike and made daily visits to the library. Pat was an avid reader of the Wall Street Journal and he touched many with his intellect and wit.  Pat was devoted to his children.  His steadfast nature, kind words and uncanny humor will be missed.

A private celebration of Pat’s life will be held by his family later this month.  In lieu of flowers or donations, Patrick would have wanted you to visit your local library or put money into an IRA so you can watch it grow!

As a retired member of the United States Air Force, Pat’s final resting place will be in Arlington National Cemetery, Washington DC.